The photograph below is of the 2010 JNWine Champion Chase at Down Royal and shows Killyglen ridden by Paul Carberry on the left and Kauto Star ridden by Ruby Walsh in the right. Killyglen was owned by David McCammond of Killyglen and trained by Stuart Crawford at Magheramourne near Larne in County Antrim, N Ireland and finished 5th in the race. Kauto Star, winner of the race was trained by Paul Nicholls from England. 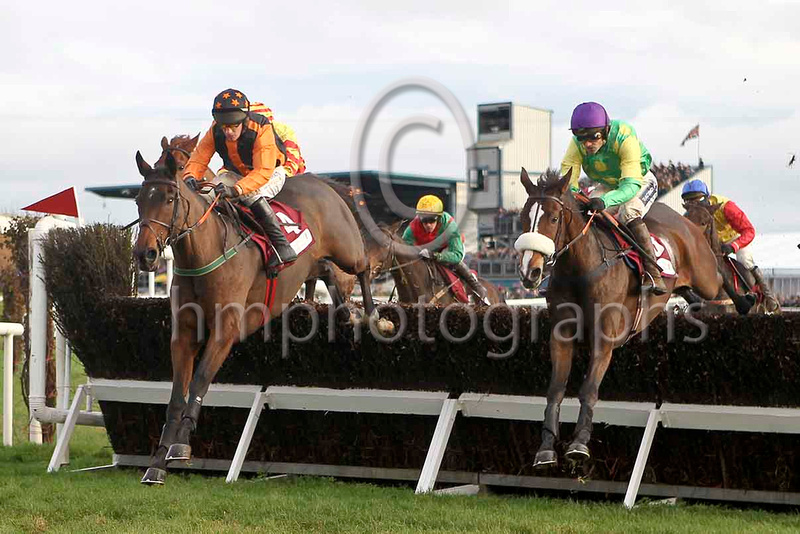 Collection of Photographs of Champion Race at Down Royal referred to below: hmphotographs | 2023-01-06th-Where to Stand?

Ansel Adams states that “A good photograph is knowing where to stand” and best selling author Tom Ang states in one of his books  “The essential foundation for every image you make is your choice of viewpoint”
I agree with these statements and thought it would be interesting to attempt to relate them to my own experience.

At each event I attend the most difficult decision I make is usually where to stand. I have attended the same events on many occasions and struggle with this decision each time.

My most attended event is horse racing at Down Royal. I have attended this race track on 104 occasions ( as at November 2022) and with 7 races at each meeting photographed 728 races so I have focused on this location for the purposes of this discussion.

I will state at the outset that my objectives in taking horse racing sports photographs are to capture action pictures of horses galloping and jumping as well as interesting photographs recording the events such that parties involved with a horse will consider buying a print or jpg file and newspapers editors will consider publishing in the sports section of their newspapers.

In most races at Down Royal the horses and riders pass you two times if you stand in the correct place so you get two bites of the cherry. I usually  photograph from the same place on both circuits but I have moved from the last fence to nearer the finish for the second circuit  to be able to get to the winners closure in time.

Each time I attend Down Royal I to and fro on where to stand for each race. A horse race is an exciting, colourful and dangerous event.

There are a number of viewpoints at Down Royal and it is tempting to try to summarise where I stood for each of the 728 races photographed. I may attempt this analysis in the future however for the purposes of this exercise I have considered one race which I have photographed 12 times. This is the Grade 1 Champion Steeplechase which is held at the two day festival of racing in early November each year.

It is a major National Hunt Race in the UK and Ireland Racing calendar and it attracts the best horses, owners and jockeys as well as the top sports photographers from across Ireland. A National Hunt race means the race includes fences. Where to Stand for Flat races poses different questions than jumps races.

The photographs which cause me most indecision are:

- running up the finishing straight and
- jumping the last fence.
- approaching/crossing the finish line.

In each case you can stand on the horses’ left or right side as they run to the finish line.

At the last fence there is also the option of standing on a ladder which can get you above spectators and/or provide more of the horse as it jumps the fence.

I have compiled a collection of photographs from the galleries of the 12 races to demonstrate where I have stood for the various races.  I have also included photographs taken in the parade ring, leaving the parade ring, going to the start and entering the winners enclosure and in the winners enclosure. Where to stand is less of a problem for these photographs because they were mostly staged and arranged or are random shots. Problems arose though if the groups were standing with their backs to the sun and a flash unit was needed in those circumstances.

I have listed below the various races attended by year, winning horse name and in each case which side of the course I photographed the horses jumping the last fence or running up the finishing straight. I have also indicated when I used a ladder at the last fence. The ladder allows the photographer to get above spectators heads and also provides for a fuller view of the horse as it jumps the fence.

Factors that affected the decision as to which side to stand:

4 In the 2010 Kauto Star Race a fence past the finishing post was chosen which had the Grandstand in the background. It was not possible to get to the last fence for the final circuit so photographs were taken from the run-in near the finish.

5 The last 4 races were photographed from the left side using a ladder primarily because it was possible to get to the winners enclosure in time to photograph the winning representatives. The ladder also improved the background.

6  I have photographed this race from the left hand side of the course on 8 occasions compared to 4 on the right primarily because of the ease of getting to the winner's enclosure on time.

7 My preference is to photograph from the right hand side of the course as the horses run to the finish as for 2015 Don Cossack and 2016 Valseur Lido. The background is better if the fence is positioned in a certain place at the final fence when the photographs were taken from a kneeling position. On the run-in to the finish it is possible to get the spectators in the photograph which adds to the atmosphere.

8 The photograph shown above of the 2010 Race showing Kauto Star jumping was taken at a fence beyond the finish on the left hand side of the course and is probably my favourite of all photographs taken of the race, mainly because it is of Kauto Star, a very famous race horse but also because the horse on the inside (Killyglen) was a locally owned and trained horse. Also I liked the fence location, the background of the grandstand and the direction of the light. I only shot from this position once because the horses only passed once and it was not possible to get to the last fence on time.