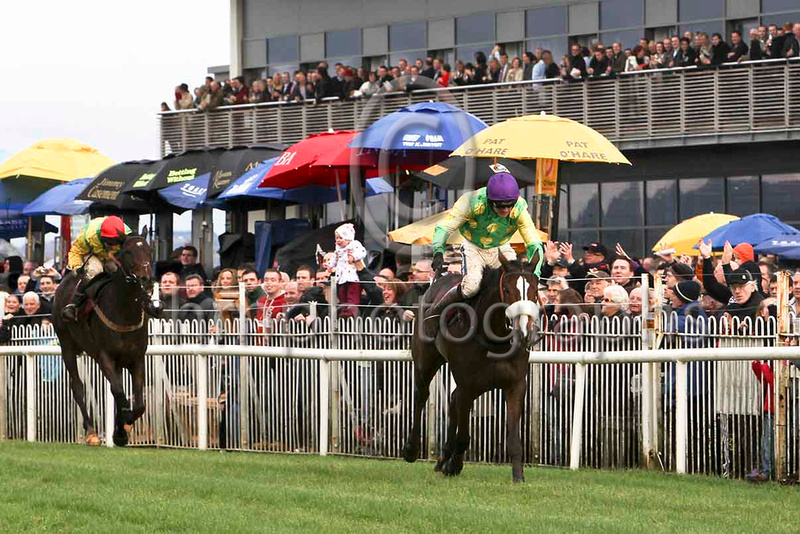 The picture above shows Kauto Star and Ruby Walsh winning the JNWine Champion Chase at Down Royal in 2010.

The last meeting at Down Royal Racecourse , arranged by the Down Royal Corporation of Horse Breeders was held on on Boxing Day 2018. The Corporation had run race meeting for 35 years at the course but the lease was not renewed by owner of the Course Mike Roden of Dublin based Merrion Property Group who purchased the site in 2005.

Racing has continued at the Course organised by new owners Merrion Group.

The first collection shows the winners of the JNwine.com Champion Chase, a Grade 1 Steeplechase held in November each year, followed by some Ulster Derby winners, Down Royal staff, Spectators, Familiar faces, Best Dressed and members of the press.

The photographs can be viewed at: https://www.hmphotographs.com/f400896471