This photograph has been included in a recent new book on Rory McIlroy called Rory's Club  - see page 38 of the book.

I had just arrived at Royal Portrush and positioned myself at the 18th green as Rory approached the green. 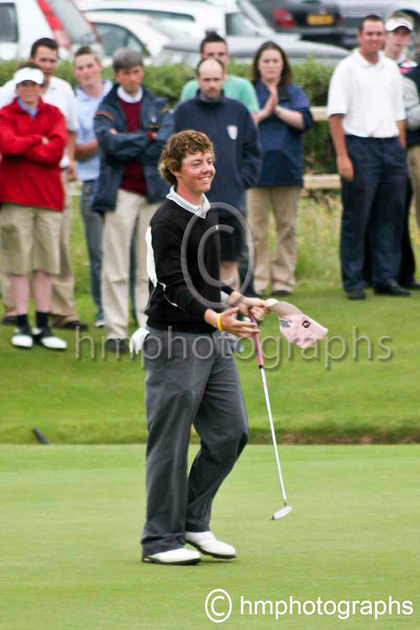