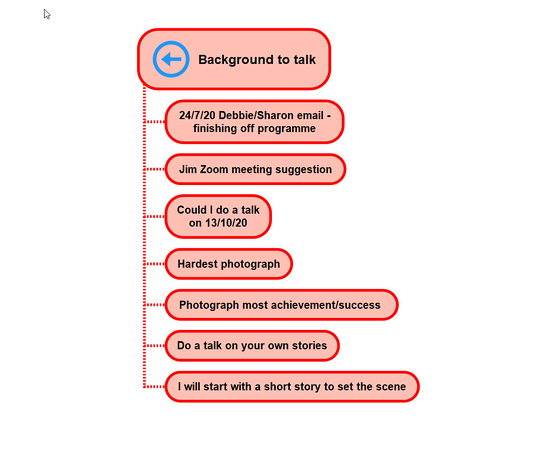 The talk arose from an email from Debbie and Sharon on 24th July 2010 stating that they were finishing off the club programme for the next session and if I would do a members talk on the 13th October 2020.
They liked a comment I had made at a previous Jim Zoom session where I had suggested to Jim that it would be interesting if he talked about his photography ie his most difficult to take photograph and the photograph he had most success/achievement with. They suggested I could talk on this topic with the story behind them. I agreed as the deadline was three month away - lots of time to think about it I thought.
© hmphotographs
Powered by ZENFOLIO User Agreement
Cancel
Continue